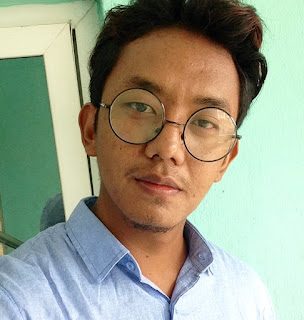 Hello, I’m Pemba,  a 3rd year BA student. Having been brought up in a multi-cultured community, I grew up learning and being most familiarized in our national language, ‘Nepali’, which is the common language for all ethnics and communities of Nepal. I had my schooling in English medium school, so I ended up getting used to Nepali and English language only, rather than my own mother tongue.
Since my parents were from different castes so neither of them communicated to me and my siblings through their respective mother tongues. We were socialized as typical city’s children.
As a result, I ended up being alienated to my own family languages, ‘Sherpa’ and ‘Tamang’ which has very close relation with Tibetan language since both languages were originated from Tibet.
As I grew up becoming more aware and enthusiastic about my family religion, ‘Buddhism’ and its profound philosophy, I realized how important it was for me learn ‘Tibetan’ to be able to understand the teaching and oral instructions from great lamas directly. Simultaneously I started having affection to my own parent’s language because I got informed how the languages got developed further owing to various reasons.
The interesting thing is that the Tamang and Sherpa languages still use the classical Tibetan terms colloquially.

Then, I decided to join Rangjung Yeshe Institute with the motivations to learn profound Buddhist Philosophy and Tibetan language. I have been studying both colloquial and Classical Tibetan languages so far, along with other philosophical and academic subjects. Learning languages has always been a hobby of mine, however, I found it both challenging and interesting in my two experiences of studying Tibetan language.

During two years of study, I found learning Tibetan requires enthusiasm and diligence in order to acquire proficiency in both colloquial and literal fields. In each chapter student encounters new vocabulary which needs memorizing, correct reading and pronunciation. Interestingly the grammatical structures in Tibetan language has quite similarity with Nepali language, unlike English (it is just so different!). So, I was blessed to be in a comfort zone (but only in the beginning! It was going tougher and tougher.

However, whenever I see my other friends who are so good in studying despite being a native English speaker and the fact that Tibetan language is completely foreign, that is so impressing! And I always become motivated whenever I hear translators’ instant translations from the Lopen’s, Khenpo’s and Rinpoche’s talk and teachings. That is such an inspiration how hard work and diligence pays off, ‘Karma’!

It won’t be an exaggeration to say that the language classes in RYI meet all quality whether for the beginner, intermediate or advanced level students. Students learn quickly and get familiarized with each lesson from three different types of classes that language classes provide, such as Master Class, Language partner class and Drill/boost class. Still, I think it is better if student practice language at homes or outside of classes as we are advised and encouraged from our instructors to engage in conversation in all possible places like restaurants, neighbors, shops etc. I think this helps one to examine himself in practical way.

A Place Where the Dharma Feels Alive