moving out from home woman in Nepal 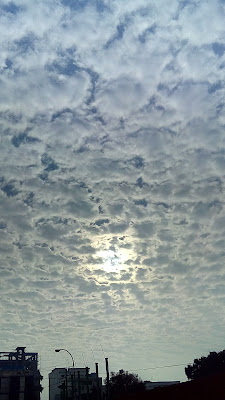 A local girl moves out of her family home
to learn a lot more
It was not easy. Not at all, for her to go through that phase when she was breaking a traditional value, social appearance, going against decisions of her family, going against what is “normal” but going for what she wanted, what she needed, what was exactly conducive for her and her studies at that time.
To be glared at to be going against their decisions, to be looked down for listening to her heart, to be not listened to, to not be allowed to change the traditional values, to be stopped using reasonings that were nothing but guilt-trips, to need to close oneself inside the cocoon because everything was becoming a little too much.
Yes, beginning of this academic year was a tough one. She was breaking a tradition – she decided to move out from her family home for a year due to various reasons. In the society where families are mostly joint families with almost every family member living under one roof, for the youngest daughter of her parents to have decided that she is moving out and the only thing remaining was to convince her parents was indeed extremely tough situation.
After about half a month, the effort to convincing the parents to let her stay outside of family home and move in with someone they didn’t know finally came into fruition. And here she is, not staying with her family anymore; instead, she is living far from her family by on her own with a roommate for the first time after a long time.
During her stay here, she got to be close to school, close to the stupa, close to the precious teachings, close to her new but serious friends who really helped her get out of her shell and motivated her to be her and not be who she is supposed to be by ignoring her inner voice.
Her favorite being art, she attended any activity that had to do with art. She wrote a lot. She shared a lot. She started sketching again yeah! She was living as herself a lot. So much freedom but occasional calls with her family kept her grounded in the best possible way.
She was maturing both personally and professionally. She studied a lot, she hung out with friends a lot, she did what she loves to do a lot, she talked a lot, she vented a lot, she analyzed a lot, she saw a lot, she heard a lot and she experienced a lot. It was not easy for her to come to term with herself but doesn’t mean it was impossible. She is still on the path but she at least is.
As a local girl staying away from the family home, she learned that she doesn’t always have to stand up to traditional values if it means she’s diminishing her inner voice. She realized that there is not only one right view or one wrong view of anything. There are millions other perspective she never came across but she had to be exposed to most of them. Because, knowing one is knowing nothing. She wants to learn, she wants to know, she wants to get better and she wants to be herself. And here she is, away from the traditional values, expectations, obligations; it’s just her relying on many others to be a better version of herself so she can love her more and spread this love to anyone and everyone.
~Laxmi from Nepal