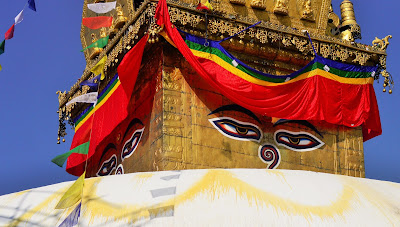 On a Saturday morning, the ten or so of us who were able to brave the February cold got on the bus and reached Swayambhunath promptly. Just after entering we encircled Father Greg who was our gracious guide and listened to him talk about the history of Swayambhunath Temple and its importance in Newari Buddhism.