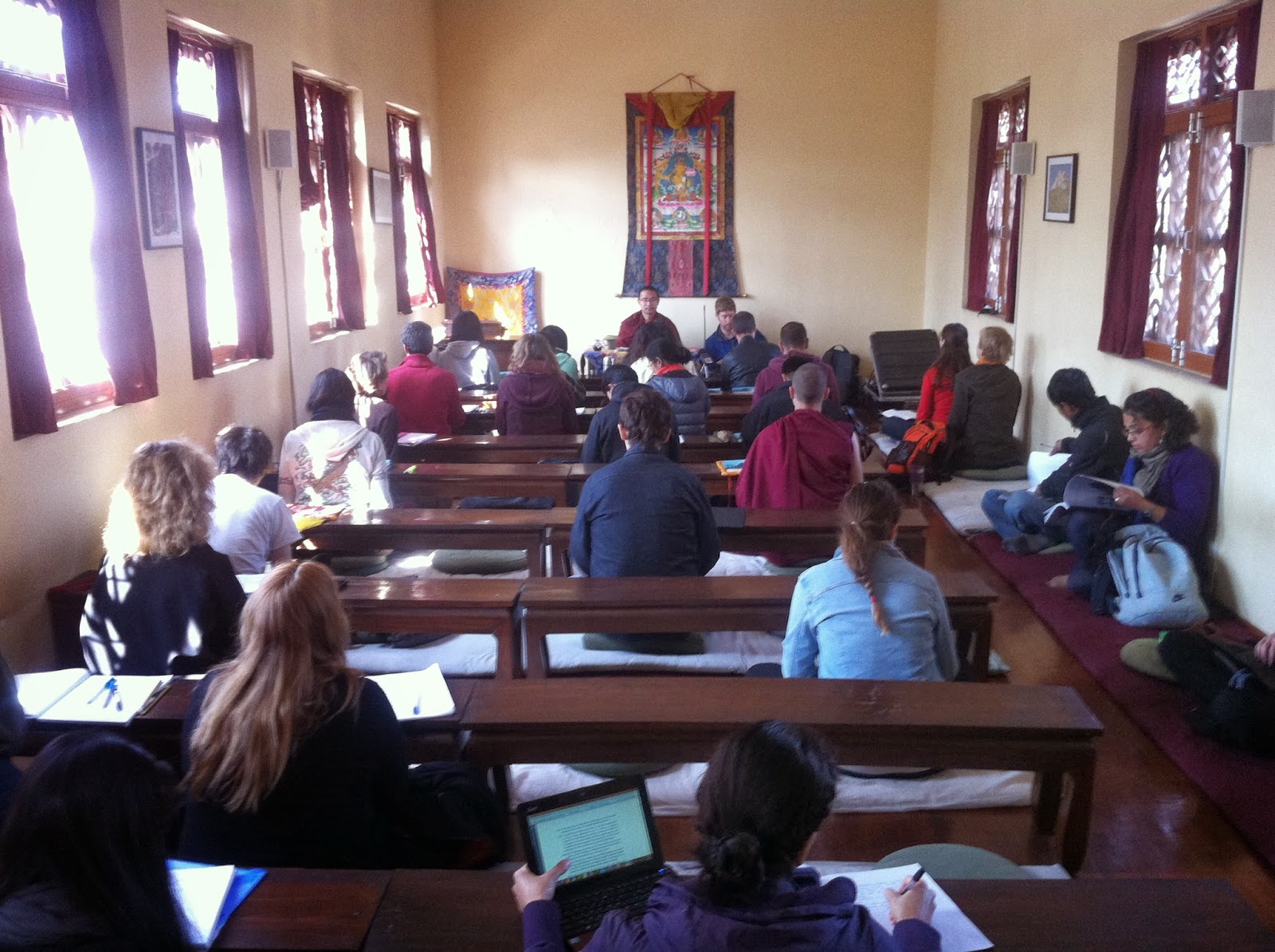 Among the philosophy classes at Rangjung Yeshe, I often like the Khenpo classes the most, and this year I have the opportunity to attend two of them. With these classes one gets to understand well the traditional perspective of the various topics of Buddhist philosophy, which can be not only very meaningful in themselves, but also necessary in order to really know what Buddhism is. There is no ‘a real Buddhism’ separate from its traditions, and whether ancient or not, other than knowing them, there is no study of Buddhism. Yet its topics are far from being easy, which combined with the structure of Sanskrit and Tibetan languages make the oral explanations from the Khenpos even more important, as they avoid both misunderstandings and non-understandings.
One of the texts we are studying, the ‘Gateway to Knowledge’ from Mipham Rinpoche, is regarded as a foundational text, dealing with Abhidharma material. At first one may think the foundation should be easy, but despite Buddhist philosophy is not a new topic for many of us, I think we are all learning a lot. Understanding well the basic notions of Buddhist philosophy, such as the five aggregates, interdependent origination or the four noble truths, is extremely important, as they appear again and again in most of texts.
In the other Khenpo class we are studying the ‘Jewel Ornament of Liberation’, without a translator. This text deals with less technical material, and the Tibetan root text is relatively easy to understand, so we manage to understand to some extent the oral explanations in Tibetan. This is in itself a very rewarding experience after a couple of years learning the language. Reading directly in

Tibetan I also get to appreciate the taste of the the author’s style, and at times even get a sense of the depth of meaning that derives from the somehow open possibilities of the Tibetan grammar.