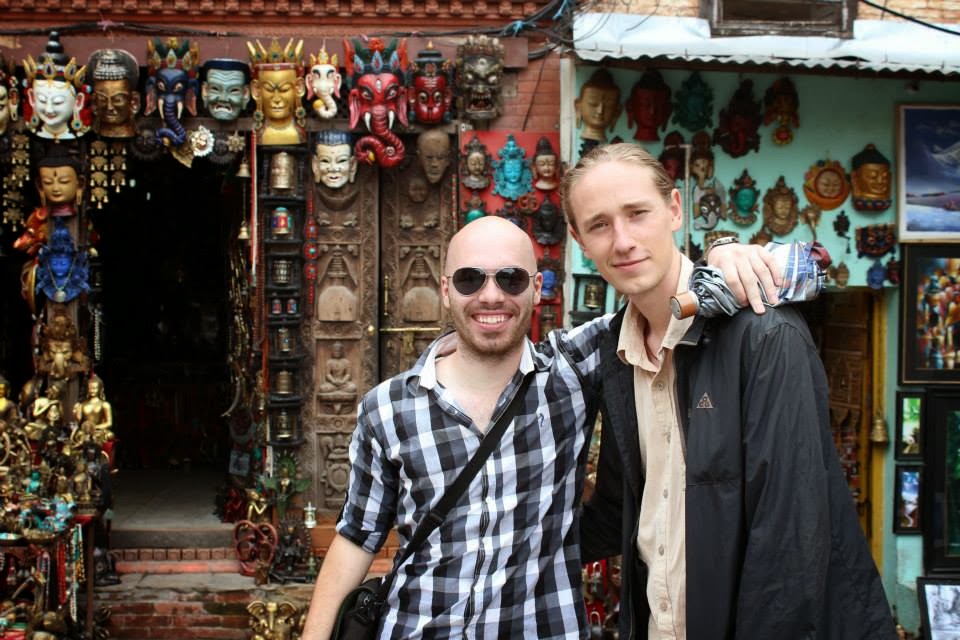 In the field of Tibetan Buddhist studies many scholars focus almost exclusively on religion, ignoring aspects of culture beyond what directly bears relevance to the history and development of Buddhism. It is true that, if it were not for Buddhism, most of us would not be nearly as concerned about Tibetan issues. I can also see this partial attitude reflected in my own thinking at times and, considering the looming gap dividing western and Tibetan cultures, I would not be surprised if others can also relate to this. Some local customs often strike us as impractical, illogical, or mere superstition. Does tossing rice around and burning butter really please the three jewels?

Conversely, other scholars are merely interested in the material culture of the Tibetan people. This is equally dissatisfying. Some peers, absorbed by everything Tibetan (merely by the fact of it being Tibetan), appear to be under the spell of western romanticism.

Yet if we adopt these attitudes many rich and relevant aspects of Tibetan culture are too easily dismissed as mere cultural phenomena that need not influence our practice and study of “original” Buddhism. Yet, as you may have guessed, the line between religion and culture is, especially in the Tibetan world, blurry at best. Religion influences culture; culture reciprocally influences religion. We find ourselves left with a ‘chicken or the egg’ dilemma, unsure where religion begins and culture ends. Yet, as scholar-practitioners, we need to make an intelligent distinction between the two. It is therefore essential that we apply open-minded criticism to both the traditions and cultures we engage with as well as the academic traditions that dissect them. In this way, our knowledge of Tibetan culture “on the ground” feeds our academic inquiry, and an awareness of larger historical contexts and processes inform our practice. Thus, no matter how inconsequential various aspects of Tibetan cultures appear, we should remain ever inquisitive, as we never know how it may later on connect with our studies and practice. Even overhearing a simple discussion of dairy products may later bring benefit when, for instance, the buddhanature that permeates sentient beings is likened to the way butter permeates milk. Perhaps, this is the “rten ‘brel”, as it were, of academia…

That being said, the aspect of Tibetan culture I have found myself most engrossed by is modern music. The degree to which the modern Tibetan music scene has developed is quite impressive as it would not be so surprising if Tibetan music just stopped at traditional music. Yet with a huge and continuously expanding production, this is certainly not the case.

Modern Tibetan music draws heavy influence from Chinese and Western popular music but equally so from traditional Tibetan music. This creates fascinating fusion of genre and collision of culture. Traditional lyrics about one’s lama on a music club’s flashing stage backed by both a poppy dance beat and traditional dance are such examples that never cease to amaze.

The available (English) literature of how modern Tibetan music came to be is sketchy at best and something I would be interested to learn more about. The majority of today’s songs are coming out of Amdo (which is producing lots of modern literature and poetry as well). Kham and the exile community also produce a large number of songs. One of the causes for the explosion of songs from Amdo seems to be exposure from the music videos played on local buses. This outlet has encouraged a popular movement, given exposure to many amateur singers, and further spread many already famous songs. In addition to this, nangmas (Tib: ནང་མ) have served as another venue for modern music. For more on this fascinating phenomenon see: www.nangma.com

It would appear that U Tsang is the least productive, which is likely due to politics. Modern Tibetan music has not just been solely for a pleasurable listening experience but has also a strong political and activist side. Many singers have found themselves jailed for singing about the Dalai Lama (either implicitly or explicitly), Tibetan independence, or other sensitive political issues. Beyond that, other themes include one’s kind parents, missing the root lama, preservation of language and culture, education, and of course love songs.

The primary cause for my fascination with Tibetan music is music videos. These videos provide a window into both traditional and modern daily life in Tibet and almost always include subtitled lyrics. This enables Tibetans, who share an identical written language, to comprehend what is sung amidst a variety of divergent dialects. This just happens to be more than ideal for foreign students of Tibetan language! A close friend and classmate, Joseph “Sherab” Faria (see his post about Tibetan language on the RYI student blog), and I have taken to downloading as much of these songs as possible, sharing them amongst ourselves and other students, and translating some of the lyrics. As the lyrics are mostly composed in literary Tibetan, just like prayers/poems in verse, these songs have greatly aided our classical Tibetan studies at RYI in addition to being a enjoyable experience. We recently created a blog to host our favorite music videos accompanied by the Tibetan lyrics, our English translation, and reflections on the translation process. Our hope is that this blog will be beneficial to others who, like ourselves, are studying the Tibetan language as well as to share the joy of Tibetan music. Additionally, it serves as a platform to receive critical feedback and discuss translation. Please enjoy yourself a listen! www.callofthewhitecrane.blogspot.com

A Place Where the Dharma Feels Alive