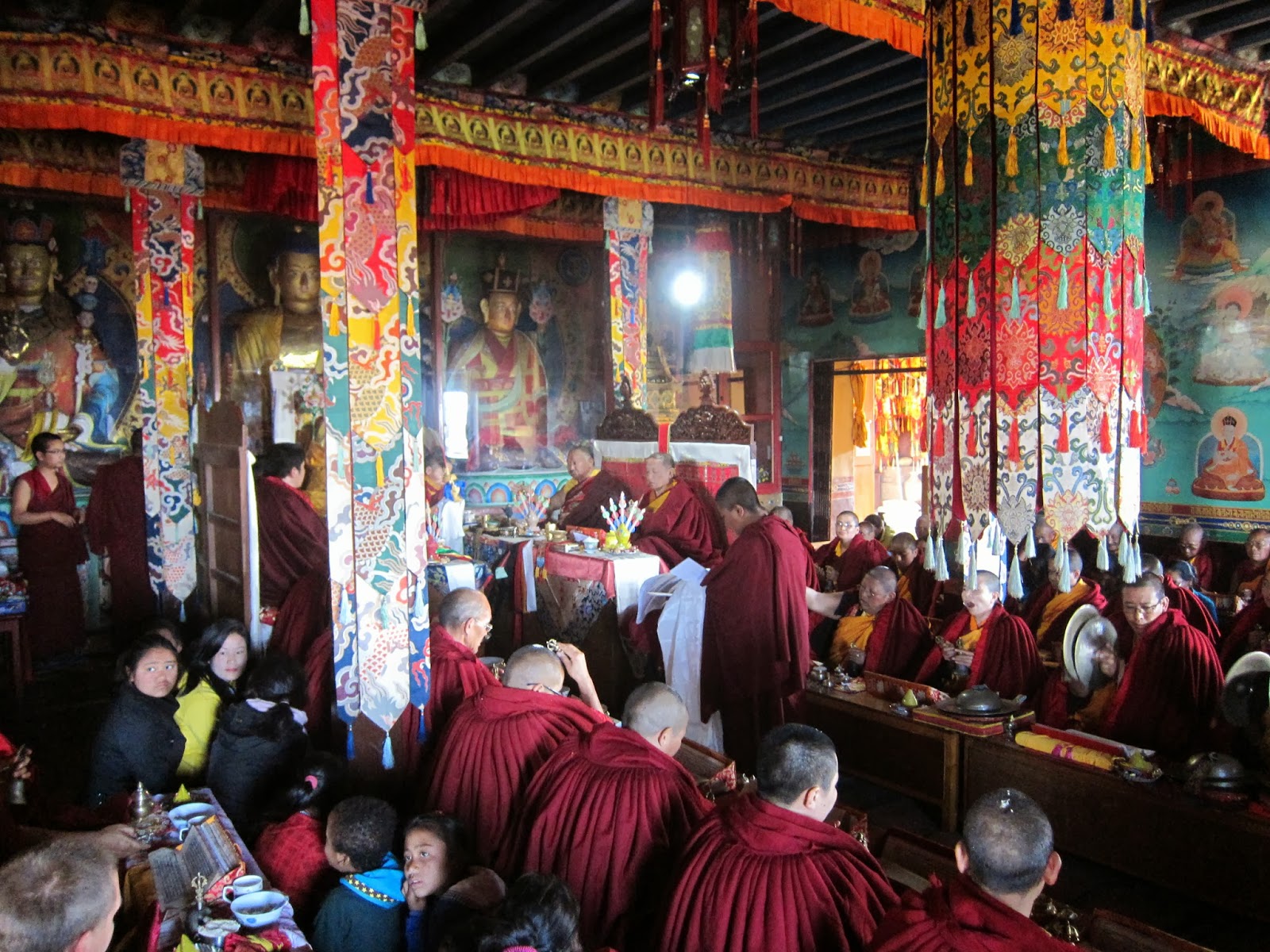 Nagi Gompa is a small nunnery situated above the Kathmandu valley in the Shivapuri National Park. It was home to one of the greatest meditation masters of recent times, Tulku Urgyen Rinpoche. He lived, practiced and taught in Nagi Gompa for more than 20 years. These days around 100 nuns live in Nagi Gompa, and about half of them stay in long-term retreat, dedicating their life solely to practice and deepening their meditation experience. Furthermore it is also home to the young reincarnation of Tulku Urgyen Rinpoche, who currently is deeply involved in his studies, education and training.
Every year Chökyi Nyima Rinpoche, Chokling Rinpoche and Phakchok Rinopche travel to Nagi Gompa for the annual Ngakso Drupchen, two weeks before the Tibetan New Year (Losar). This year for the first time also the young incarnation of Tulku Urgyen Rinpoche joined and participated in the drupchen fully.
The Tibetan term Drupchen is usually translated as “great or vast accomplishment”. A Drupchen is a form of intensive group practice which draws together the entire range of skillful means of Tibetan Vajrayana Buddhism. It is usually held over a period of nine days in which the all the participants engage in chanting prayers and liturgies, recite mantras continuously throughout day and night and make vast amounts of offerings. This is said to create a very sacred and special atmosphere which transforms and moves the minds of all the participants deeply. Thus it is often said that participating in a drupchen can bear the same results as many years solitary practice.
The Ngakso Drupchen is a very special practice based on the terma cycle revealed by the great tertön Chokgyur Dechen Lingpa (1829-1870). It combines the practice of Tukdrup Barche Kunsel, focusing  on Guru Rinpoche, with the practice of Shitro, focusing on the 100 peaceful and wrathful deities. Its main emphasis though is on confession and repairing of vows and samaya. The whole practice is chanted in a very melodious and inspiring tone. A usual Drupchen day in Nagi Gompa begins at six in the morning and with two smaller breaks and a longer lunch break lasted until around seven in the evening. The recitation of the “main essential prayer” or mantra is held up without any interruption throughout the nine days. Therefore the practitioners take turns between following and participating in the main practice and reciting the mantra. 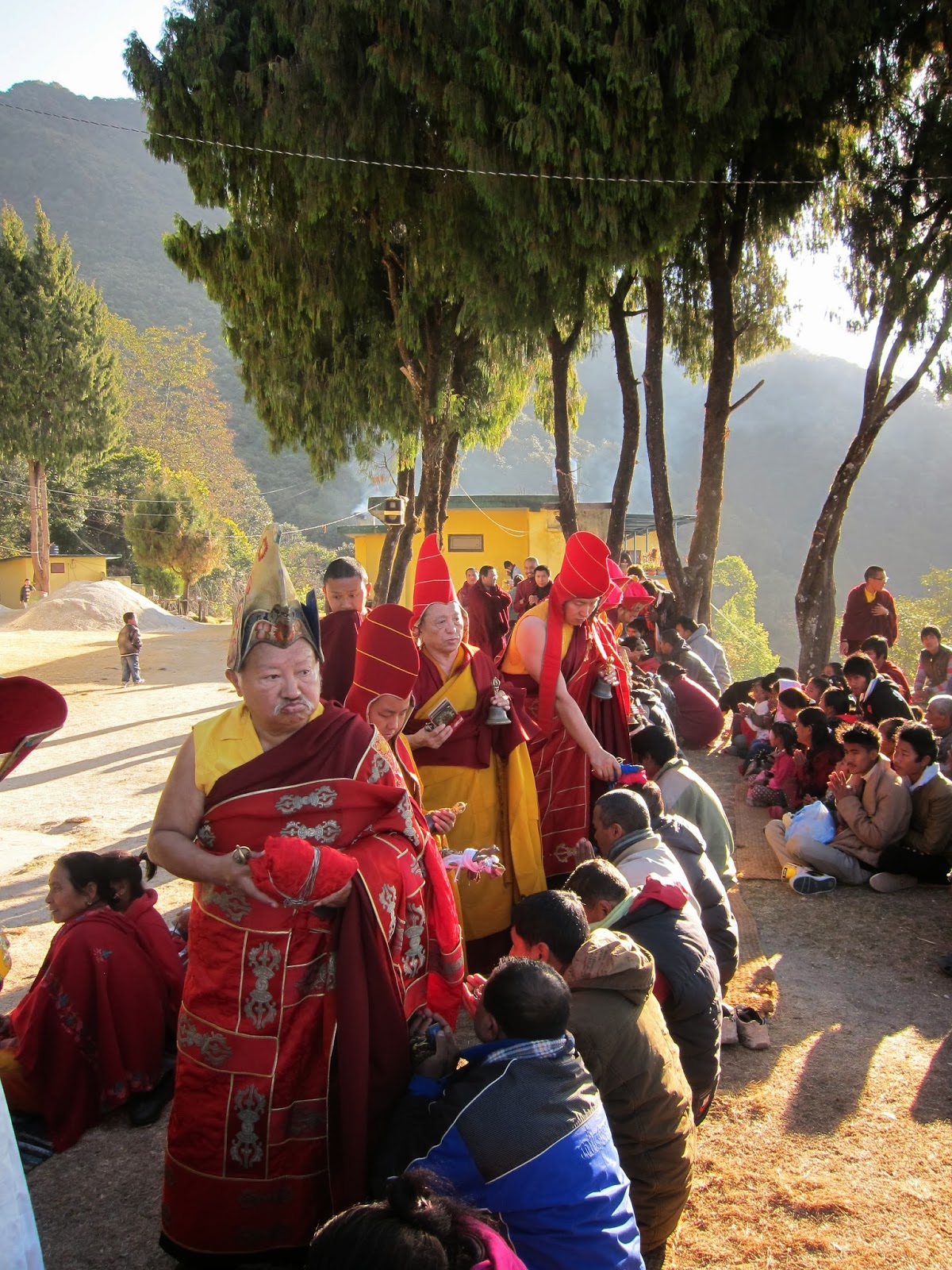 On the last day, the consecrated substances that were present throughout the Drupchen and are said to be blessed through all the practice and prayers was distributed at sunrise. All the participants got up very early, because the whole practice needs to be completed before the distribution of the blessed substances.
~Stefan  from Germany