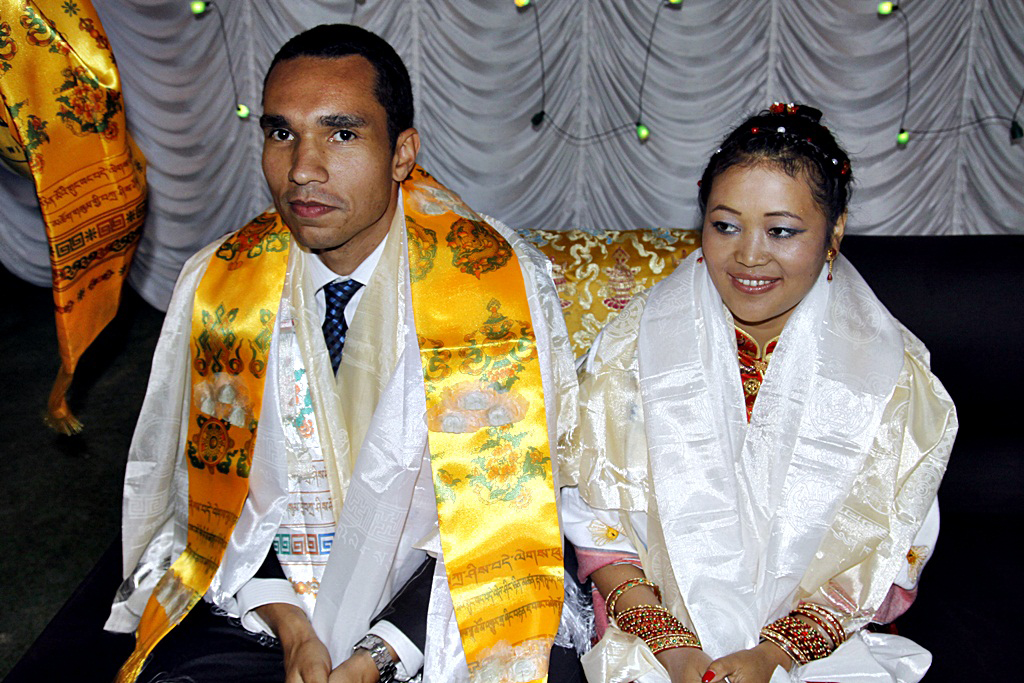 Yesterday a few friends from “Shedra” got together to celebrate a joyful event: Paul and Anita’s wedding. We got together in a nice garden-cafe beautifully decorated for the reception. Each one of the guests congratulated the couple as it is the tradition here in Nepal amongst Buddhists: we offered a khatag to Paul, Anita, their parents and close relatives. They all looked lovely with a growing pile of khatags around their necks!
Later on, a group of Tamang girls from a local school performed a beautiful dance in their traditional dresses. And even though the rest of us in the party didn’t know how to dance like them, we joined the dance anyway!
Nepalese are known by the ethnic indigenous group they belong to. This differentiates them from the other ethnic groups in their family life, food, dress, occupations and culture. It basically determines their way of life. There are many ethnic groups in Nepal amongst various communities mainly in the hills, valleys and the plains. These different groups, together with a complex cast system, have an important role in social stratification in Nepal. TheTamang are one of the ethnic indigenous groups of the Himalayan regions in Nepal. They are one of the major Tibeto-Burman speaking communities and trace their ancestry from Tibet. Anita is Tamang, and Paul is from the United States. This makes this wedding an even more special event, since usually the ethnic groups do not allow marriages with other ethnic groups. 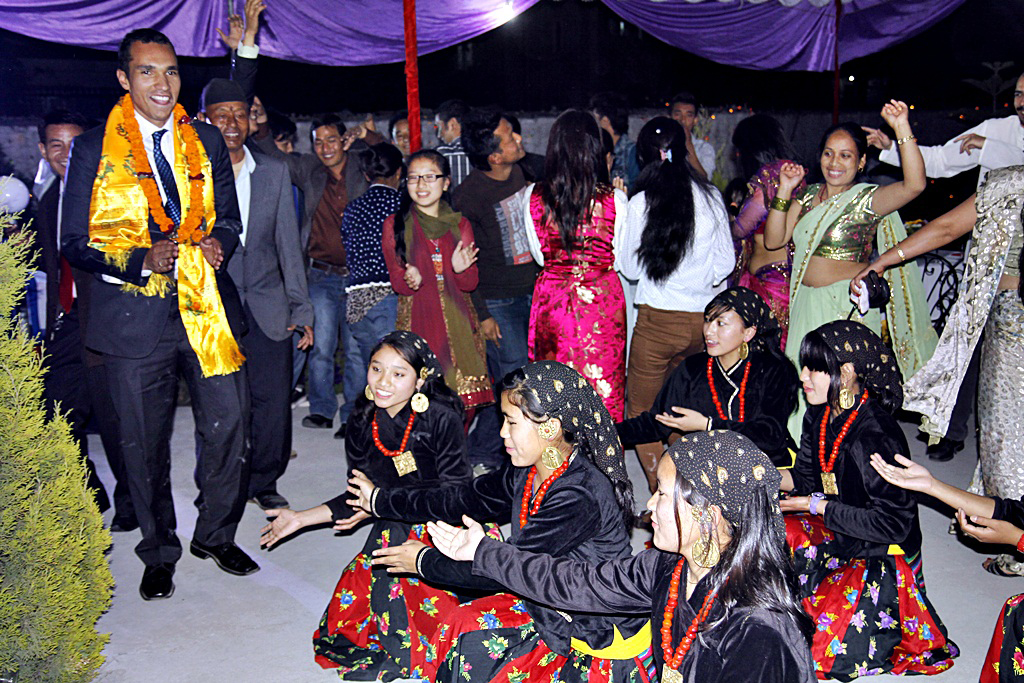 Paul and Anita are one example of the experience of coming to Nepal to study. In our Rangjung Yeshe Institute we make friends with people from all around the world! Last night, at dinner, I sat with a few friends from “Shedra” and one could hear conversations in English, Tibetan, Russian, Nepali and Spanish! That’s how it is everyday at RYI. Different cultures and languages meet there. One can tell the differences, but at the same time we have many things in common that bring us together in this place.
That makes studying in RYI an even more interesting and rich experience.
~Marcela from Mexico

A Traditional Wedding in Nepal