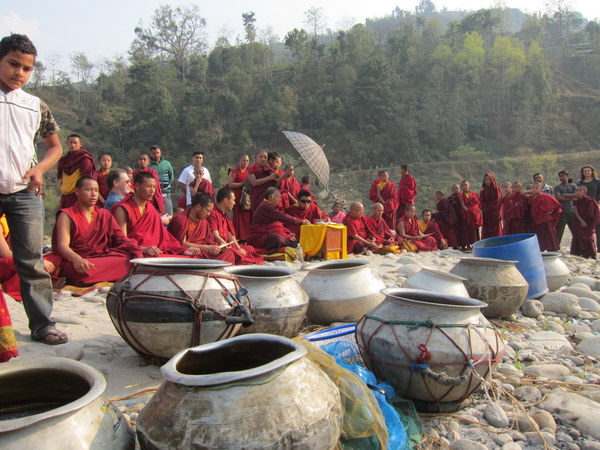 Dear Friends,
The practice of releasing life is said to dispel obstacles that shorten our life, purify negative karma accumulated by taking life, as well as lengthening our life so that we have more time to accomplish the Dharma. During one of Phakchok Rinpoche’s teachings to students of the Rangjung Yeshe Shedra, Rinpoche encouraged everyone to make a donation towards his yearly fish release, which many did. 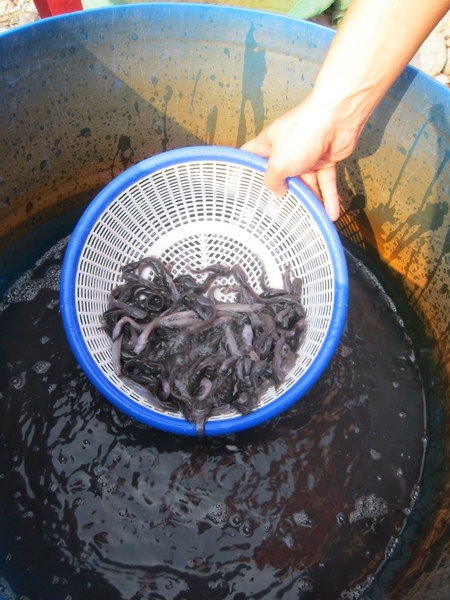 The fish release took place on the 2nd of March a few days after the Tsekar Drupchen. For the event Phakchok Rinpoche invited all the young monks from his two monasteries Riwoche and Vajravarahi Gompa. We left around seven in the morning in a bus and drove approximately four hours to a small village were two rivers merge. Since it was also a holiday trip for the monks, we arrived about two hours before the Rinpoches came. This gave the monks enough time to play, stroll around and to have a pick-nick next to the river bed.
Chokling Rinpoche and Phakchok Rinpoche arrived together with a truck loaded full with buckets containing about 65,000 fish. All the fish were bought from different fish farms around and in Kathmandu. They were of various kinds and sizes, up to 15 cm.
In total Rinpoche collected about 500,000 Nepali Rupees for the fish release and with this money intended to buy and release 100.000 fish. Therefore a few days later a small group of monks came again to release another 35.000 fish. The fish were transported with great care and it was made sure, that all the fish are able to acclimate in the river environment again. To make sure that the fish don’t suffer a shock when being released into the river monks constantly brought water from the river and mixed it with the water in the buckets. Together with some lamas and senior monks from the white monastery, the Rinpoches practiced a sadhana next to the river bed, during which the names of the donors were read out loud and the fish released. The event took about two hours in total. 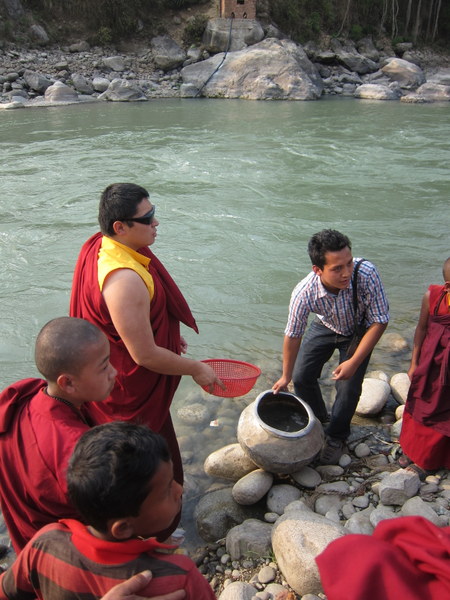 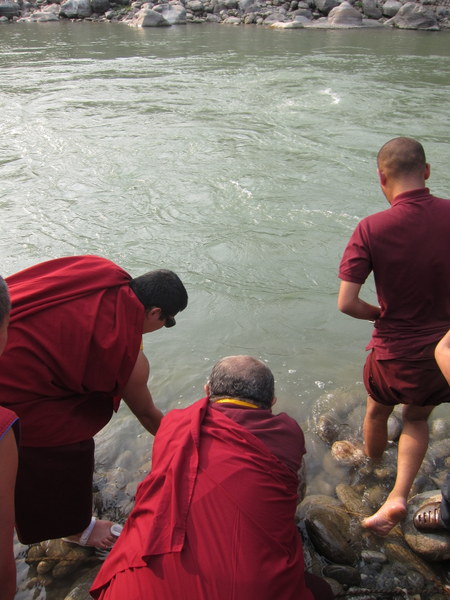 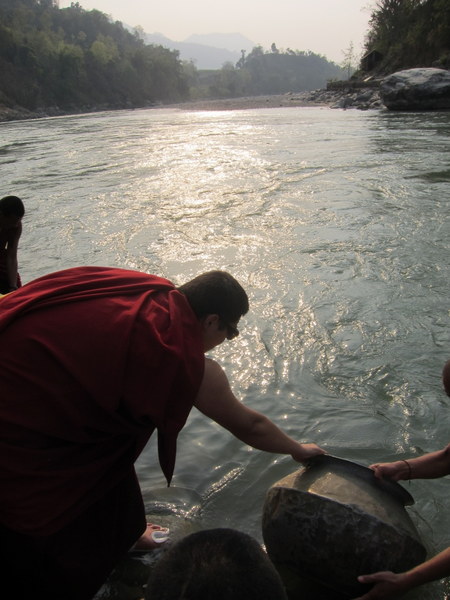 Phakchok Rinpoche’s wish is to release all sorts of animals; that if possible are also beneficial for the environment. Thus besides the yearly fish release in the past Rinpoche has also released earth worms. In the future Rinpoche wants to look into other kinds of animals that can be bought and released without complications. All in all it was a wonderful event and great fun to attend it. 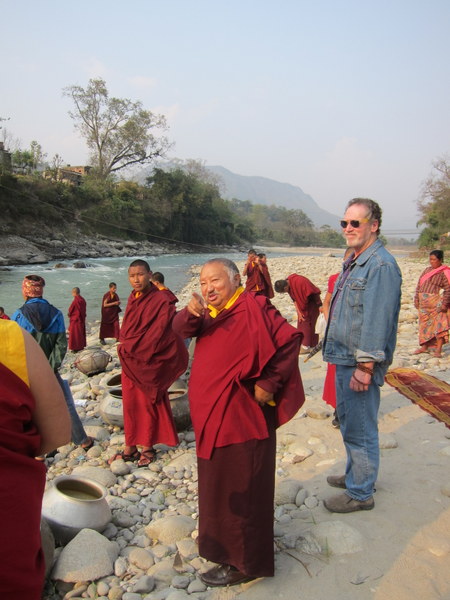 Thank you for all your donations :-)!!!
~Stefan from Germany