During summer of 2011 when Tenga Rinpoche concluded his summer course in Allmuthen/ Belgium, he gave a final speech which might be summarized in the following way:
“Don’t you sometimes wonder? You have been born in all these different parts of the world, most of you within Non-Buddhist surroundings. But for some reason, you all became interested in the Buddha Dharma at some point and eventually, you have all found your way here.
Also, isn’t it amazing that I have been born in the very East of Tibet and had no idea that one day I would go to the West and teach the Dharma to people like you?
So, if you are a little bit sad because we will once again be separated for a little while, just consider how we have come to meet each other here. Keep in mind that it was only due to our aspiration prayers of the past that we were able to meet in this lifetime. If you make the same aspirations now you can be sure that we will meet again!”

Seven months later Tenga Rinpoche passed away. During the last weeks of his life he gave us a most profound teaching on impermanence. But by the way he passed into Parinirvana he also taught us deep devotion, leaving us with the confidence that the connection between him, the lama, and us, his students, will continue.

Impermanence and continuity – many thoughts about these complementary aspects of life have accompanied me since then. I would like to share some of them with you:

All of us here in Nepal can directly witness how Tibetan Buddhist culture is preserved and protected by so many realized lamas and lay practitioners in exile with so much care and devotion. This seems to be an extremely difficult task which has been considered of prior importance for 50 years. Additionally, within the course of globalization and the change of generations cultural changes have taken place which have entered the lives of contemporary Tibetan Dharma practitioners.
It has also been several decades now that Tibetan Buddhism has been spread in the West. It was adopted by people who were born within the occidental culture and who, being brought up with Christianity influenced belief and philosophy, with the background of modernism, secularization, sexual revolution and contemporary Western lifestyle, have their own particular view on the Buddhist teachings. So, while on the one hand it is of utmost importance to preserve the authentic Buddhist Dharma together with the Tibetan culture as it still existed 60 years before, on the other hand it will probably not keep its same appearance within the Western countries in the long run.

It is also due to impermanence that the older generation of lamas who were born and educated in Tibet pass away. The new generations take over an immense responsibility for preserving the tradition while at the same time having to respond to new approaches to the Buddhist teachings from all over the world. There are so many people needed who are trained and skilled enough to help the Dharma flourish in an authentic way through translating it, practicing it genuinely
and mediating between the distinct cultural and philosophical approaches.

So what about us, who study here? It seems that we are in the middle of all of it!
We might not be very skilled and learned, yet. But the most important thing seems to be that we are here ― and now ― to give our best in order to get trained in Buddhist philosophy and Himalayan languages and help the Dharma spread. I cannot cease being amazed about how each of us have found our way here. What has driven us to take over all these hardships? The reasons might be slightly different for each of us but for all of us it meant a big change in life. Maybe we gained our courage from aspiration prayers in our former lives. And now that we are here, we have the great opportunity to directly take part in this important era of change! And if you believe in rebirth, just
think about our chances to continue this work together with our teachers and many more people in our former lives!

What an important task! What a responsibility, what a blessed privilege!

I call it continuity within impermanence. 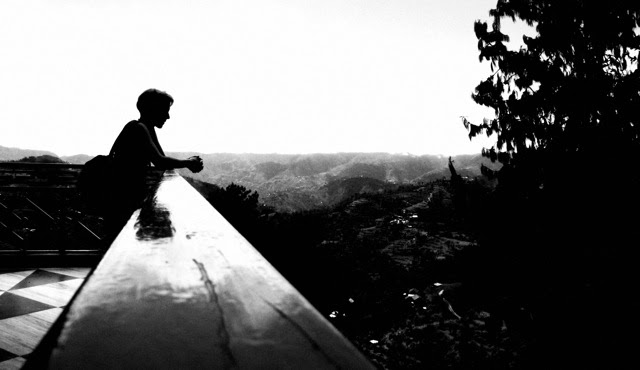