Staying Healthy: The Need for Unified Prajñā and Upāya

When I first arrived to Nepal that fateful rainy eve some 4 1/2 years ago, the very first thing I did was brush my teeth using tap-water. The second thing I did was suffer 24 hours of excruciating diarrhea, vomiting, and high fever alone in my cold hotel room. Needless to say, it is a difficult task to stay healthy here in Kathmandu and even more so for the uneducated, naïve individual who arrogantly disregards the many wise bits of advice that can be found within the RYI Student Guidebook. During the course of my studies at RYI I’ve become ill many times, but the worst instance by far was a chronic Giardia infection (known as Giardiasis) that lasted for almost two continuous years. 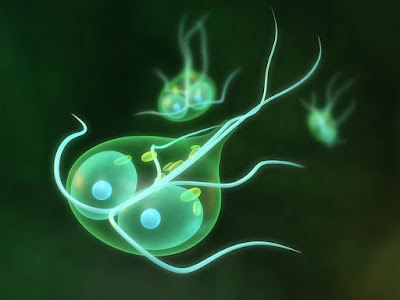 Initial symptoms of Giardia include uncontrollable diarrhea, extreme bloating, burping/gas that smell like sulfur/eggs, possible vomiting, yellow fatty discharge in stool, dehydration, loss of strength etc. Left untreated, these symptoms typically become less and less extreme over the course of a week or two, and thus many people erroneously assume that the infection is going away. However, in actuality Giardia is a very resilient protozoa and therefore infections are very rarely self-limiting. Except for an occasional and sudden relapse of initial symptoms (usually triggered by ingesting certain foods and/or alcohol)- the infected individual may not feel extremely ill after the initial phase of infection, but he/she will likely experience a general, prolonged and varied sense of malaise/lack of well-being.
Initially, (because I was so ignorant and lack of prajñā)- I didn’t understand what was wrong with me. I just felt tired all the time, my skin was in horrible condition, my mood was low/unstable, I lost much weight, and my bowel movements where unusually frequent and loose (however not actual diarrhea). As time went on and the Giardia buried itself deeper within my intestinal walls, I became lactose-intolerant and exhibited common signs of irritable bowl syndrome (IBS). [note: these are all extremely common symptoms of a long-term/recurrent giardia infection/giardiasis]
Finally, when I had enough of all this suffering, I went to a doctor and the stool-test confirmed the presence of Giardia (and a few other less extreme but still harmful microorganisms). Unfortunately, by this time the parasites had become largely insensitive to the commonly prescribed anti-giardial medications (evidenced by multiple treatment failures), so eventually I had to endure a horrific four-week course of combination therapy (FOUR anti-protozoal/antibiotic medications taken together at extremely high doses) in-order to fully eradicate the vicious infection from my large intestines. Anyway, I implore you- take good care of your health and please don’t make the same stupid mistakes I did! 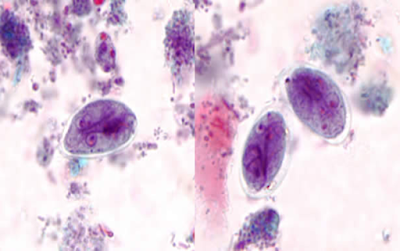 NEVER use tap water for anything that goes in/near your mouth. ONLY USE bottled water.
DO NOT eat/drink anything at cheap local restaurants, otherwise YOU WILL eventually get a bacterial and/or parasitic gastrointestinal infection. (which can in-fact last many, many years if left untreated)
AVOID all raw/undercooked vegetables, and also be cautious when dealing with FRUIT as well. (the outer skin/peels are often contaminated with bacteria ridden water)
IF YOU DO become ill, and you probably will (diarrhea, vomiting, etc…)always GET A STOOL TEST (or even better- two/three consecutive stool tests) to know for sure, what kind of micro-organism/s, if any- are present in your system.
IF you discover anything other than a harmless strain of bacteria, TAKE A FULL COURSE of the appropriate ANTIBIOTIC medication IMMEDIATELY! DON’T WAIT OR THINGS WILL GET MORE COMPLICATED FAST!
TAKE high doses of pre/pro-biotic supplements following any course of antibiotic/anti-parasitic medications. (DON’T EAT local dahi/yogurt to restore your gut biome).
BUY a proper, high-quality pollution mask (BEFORE YOU ARRIVE TO NEPAL) and where it AS MUCH AS POSSIBLE, especially in fall/winter- (unless you really want to damage your lungs and inhale allot of cancerous motor exhaust/burning plastics/etc..)
~Pema C. from the USA