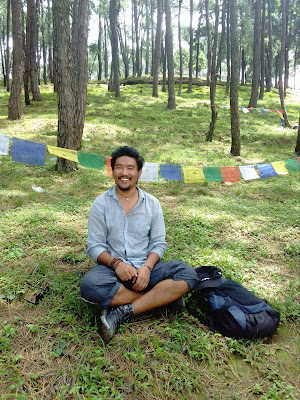 Studying at RYI has been the most precious time of my life. Philosophy classes at RYI taught by learned Khenpos (holders of the high monastic degree) enriched my view of Mahayana Buddhism. Other classes on Buddhist Ethics, History and Culture, Buddhism and Modernity, the Fundamentalism of Buddhism, Methodology of Buddhist Studies, and so forth, instructed by Western professors taught me about the formation of my own Buddhist cultural identity as well as the power of dharma.

Historically, the teaching of the Buddha traveled almost the entire Southeast Asian region and contextually it reached Tibet at a late stage. In my knowledge, after the advent of Buddhism, Tibet politically and economically became ravaged yet literaturally and spiritually prosperous. Thousand monasteries were built and almost the entire population became pious Buddhist. Tibet was led by religious leaders for many centuries and it established itself a knowledgeable dharma preceptor both to Tibetan themselves and to other powerful neighboring countries.

Thanks to the transmission of Buddhism into Mongolia by the great Sakyapa masters from Tibet, the most wild, ruthless warriors of the world in the thirteen century became pacified, a huge powerhouse, the Yuan dynasty, collapsed even before a century.  Thus, this traditional narrative of wild Tibetans and Mongolians radical deflection from  being wanton warriors into peaceful spiritual devotees is the solid example of power of dharma. Wherever dharma pervades there peace reveals.

Moreover, the rich Buddhist literature and the extensive elaboration Tibetans have made on Indian Madhyamaka philosophy under a poor social condition, represents Tibetans’ unflinching striving for knowledge, peace, and liberation. Thus, studying dharma is socially joining our hands for the creation of world peace and spiritually liberating self and others.