My Dream to be a Translator 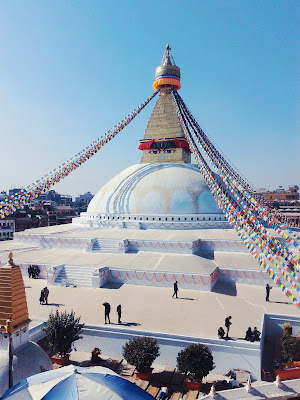 I learned the Tibetan alphabet years ago but I had never learned the language itself until I came to RYI.
What did actually inspire me to follow my dream to be a translator? Seeing many translators translating Rinpoche’s teaching directly from Tibetan to English and other languages. Won’t it be incredible to be able to understand Rinpoche’s precious words without even waiting for translations? Surely it will. Won’t it be even more beneficial if you were able to be a medium through which Rinpoche connects to his upcoming and current students? Definitely it will be!
Wow, I dream of this every day. Dream to be a translator so that words of Dharma can be listened to in native language and understood exactly the way Rinpoche wants us to.
When I first heard about RYI – co-incidentally via Kyabje Chokyi Nyima Rinpoche- I was so glad to get a chance to study in-depth about Buddhism. On top of that, learning Himalayan language especially Tibetan and Sanskrit grabbed my attention. Hearing that most of words of the Buddha and treatises are preserved in Tibetan language, learning this very language became my priority at RYI. But then I thought if I was to learn and keep it only to myself, then that would be so selfish.
I want to not only learn but also be a medium via which one can learn about Dharma genuinely. Yes, I want to be a translator and/or interpreter so that just like other translators, I would also be able to serve in spreading words of Dharma.
What am I doing now to achieve this dream? 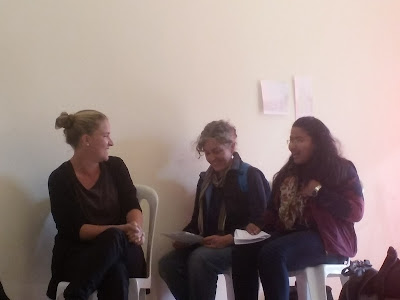 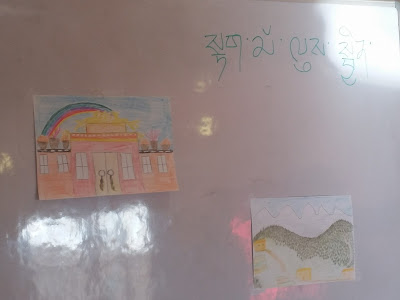 I am taking both Colloquial and Classical Tibetan classes at RYI with amazing team of Instructors, language partners and classmates in order to learn to speak Tibetan language as fluently as possible and be able to interpret and translate masters’ sacred and profound words of Dharma.
Here at RYI, with regular master classes to learn grammatical structures, not forgetting to keep on using those structures by speaking to language partners and by creating an act by ourselves and actually performing it in Tibetan-only in front of classmates and teacher, playing games every weekend, regular quizzes to test our ability and so on, we improvise our spoken Tibetan. For Classical Tibetan too, we begin to translate simplest prayer texts and sutras from 2nd semester. Intimidating it is.
However, looking at the pace we have acquired to already begin translating Tibetan texts into English and in some degree, be able to speak Tibetan with locals bit-by-bit, I believe one day I would be able to be a translator and interpreter. So that, I can learn about Dharma and also let others learn about it as genuinely as possible.
~ Laxmi from Nepal