A glittering drop on the streets of Boudha 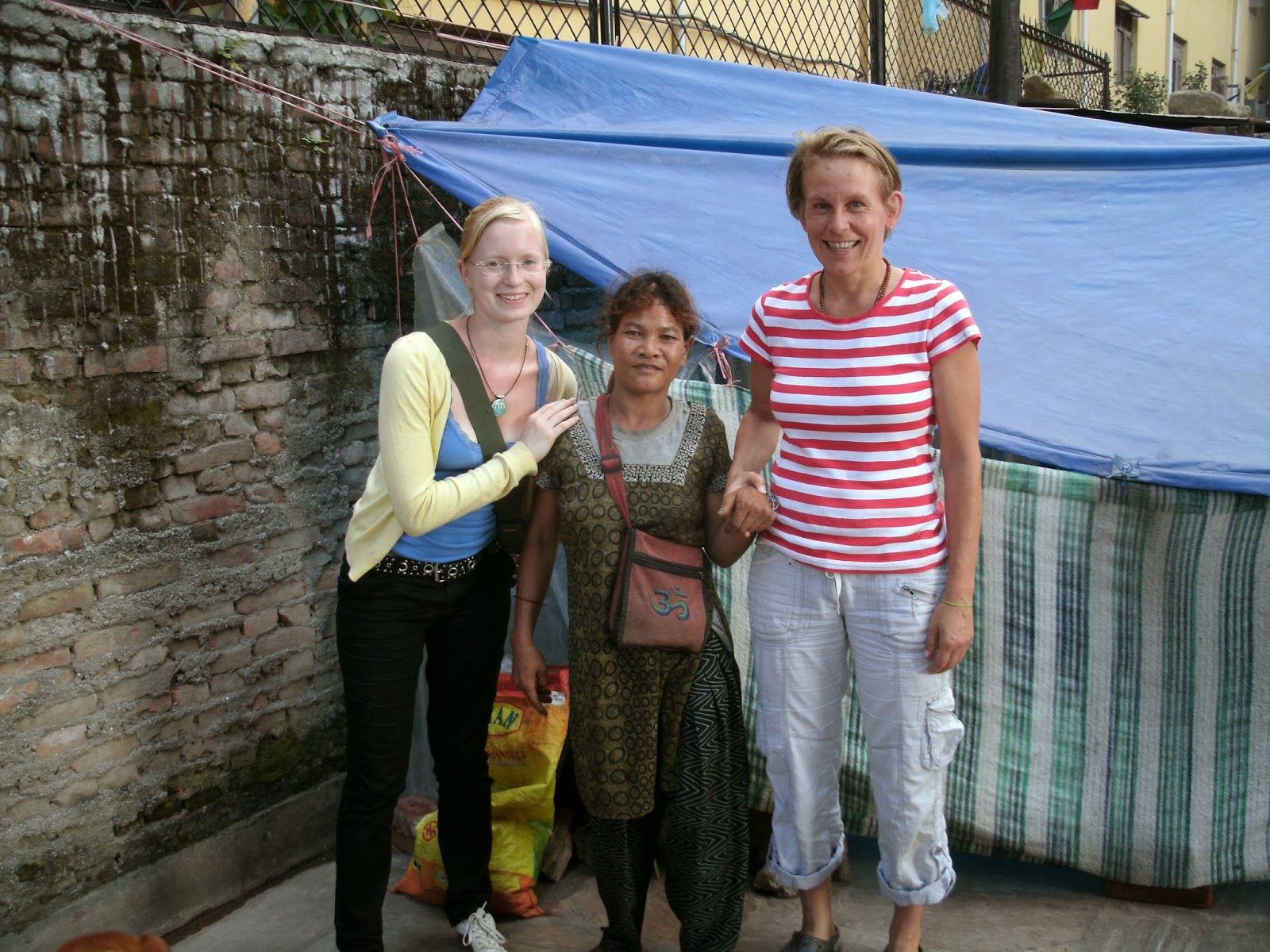 Nepal is certainly not a rich country regarding the material properties of the people who live here. Sometimes it is simply heartbreaking to see how many hardships people have to undergo in their daily lives while we students from the West are so fortunate to be able to choose how and where we want to live. Nevertheless, Nepal is certainly very rich regarding spirituality and it is sometimes amazing to see how strong people can be in their minds. I would like to tell you about one person who I admire for her mental strength.
She is one of these persons who have nothing, not even a family to rely on, which is so important for all Nepali people. I do not even know her name because she is not able to speak properly. Walking is also difficult for her, probably due to a Polio disease in her childhood. These are really bad conditions for a person living on the street, not only in Asia. She might be about my age, maybe younger, who can estimate the age of people who live on the street? The first time when I met her she was gazing out of a tent that had been erected behind old “Flavors” and she was smiling at me. I was told that a trekker had given the tent to her. She was so fond of it!
Where she had lived before I do not know but maybe it had not been a good place for her to stay because she seemed traumatized. Sometimes in the evening she runs around the place screaming and crying, or one can hear her shouting at some invisible person who seems to haunt her. But despite her terrible situation she always smiles at people so happily as if nobody has ever done her any harm.
By now she is a little bit better than before because people have become familiar with her presence in the neighborhood and have started to provide her with clothes, food, bedding, and “housing” (which means that she is getting a new tent from time to time.) Also, three of the strongest and smartest street dogs of Boudha have become her escort. They protect her during the night and in return she feeds them with the best bits of her food. She never asks for anything but simply smiles at you, no matter if you give her something or if you just say ‘Hallo’.
Her dignity lies exactly in her serenity and her attempts to leave a life as normal as possible. Sometimes one can see her brooming the street in front of her tent; sometimes she is cooking a meal on wet smoky wood in a rusty pot. Sometimes her hair is done and her clothes are washed. Then she looks even happier than usual.
One evening her tent was gone. Old “Flavors” had been torn down and someone had pulled it 100 meters nearer to the direction of my place because the old place was needed for placing the stones. Of course that old tent with all her belongings inside was totally torn and broken. When I arrived home I saw her sitting in the pouring rain next to a soaking wet heap of dirt — and she was smiling at me as if nothing at all had happened!
Honestly, I think this woman is a bodhisattva who has perfected the paramita in this lifetime and serves as a role model for everyone of us. She makes me think about the former life stories of the Buddha and makes me feel admiration even more than compassion because she is so much stronger than me! If you also know her, you surely know what I mean. Otherwise, just walk near the Stupa behind the old “Flavors” and you have a good chance to meet a tiny woman limping on a cane who is escorted by three big dogs — and who bestows you with a radiant smile.
~ Judith from Germany