The Birthplace Of Buddhism 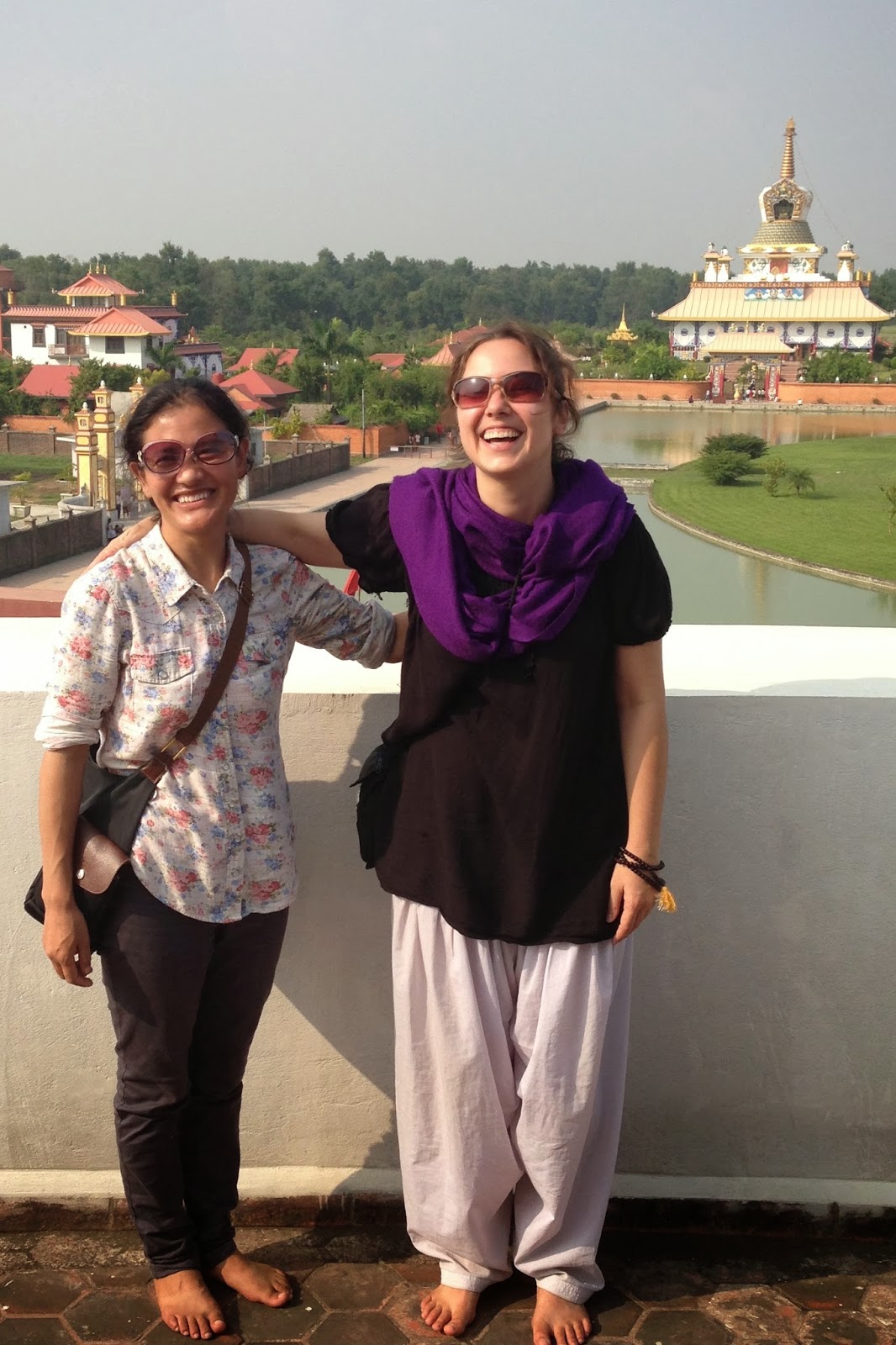 During last our reading week a group of RYI students went to Lumbini (in present-day Nepal), the birthplace of the lord Buddha Shakyamuni (563 BCE to 483 BCE) on pilgrimage by bus. It was 232 km from Kathmandu city, but the road there was very good quality. We left at 7:30 am from Kathmandu city and we arrived there around 8 pm, but as it was dark we could not see much further than the bus station. There was no electricity at that time but the sky was bright and full of stars. Then we contacted our friend lama Lhag Pa, and he welcomed us to his monastery, the ‘German Monastery’ (a Tibetan Buddhist monastery sponsored by Germans). He invited us to stay in his monastery until we returned, and the monastery cooked for us every day. 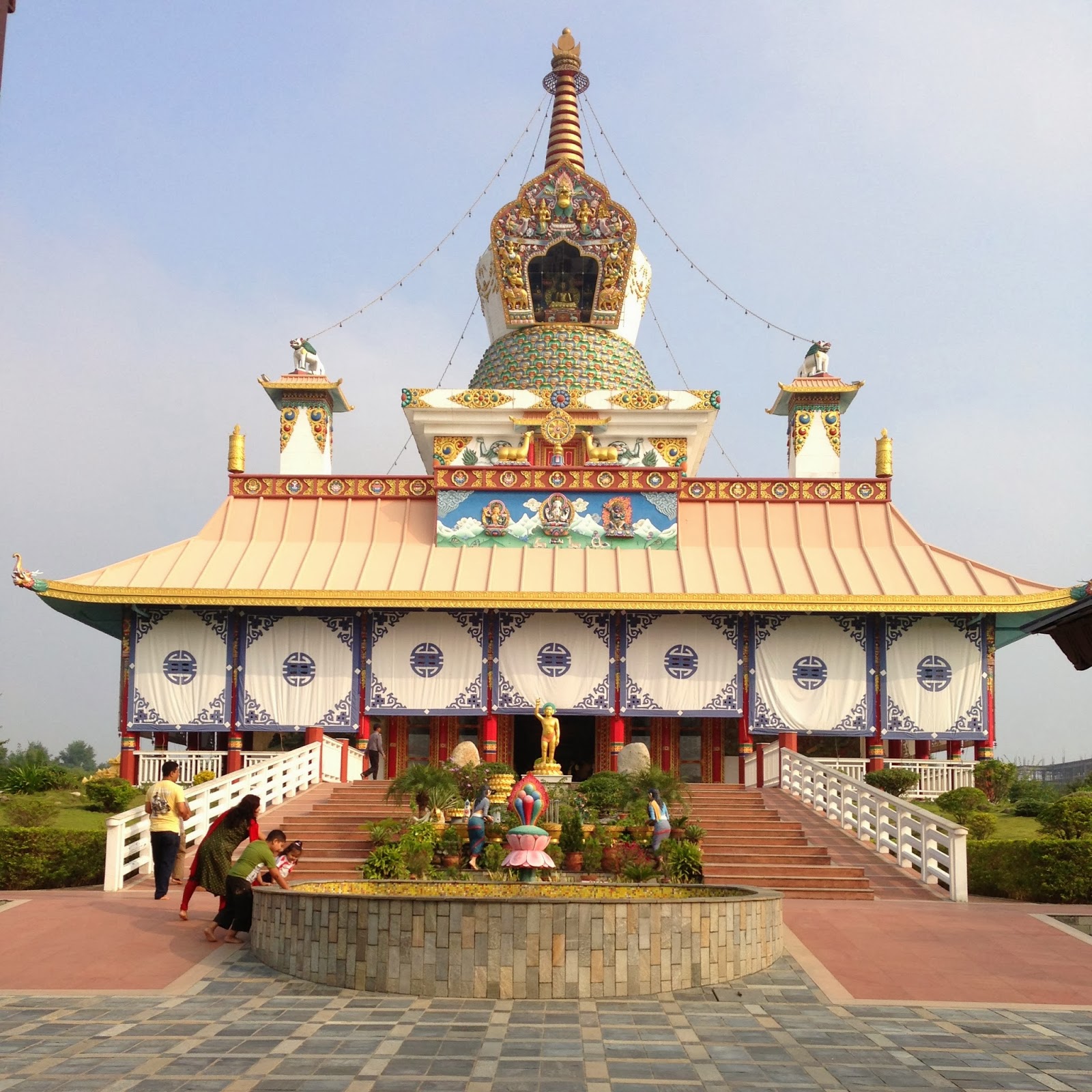 The next day I walked outside and looked around. The landscape was full of trees and grass, especially rich kusha grass. In Tibet kusha grass is a holy grass because the lord Buddha Shakyamuni achieved enlightenment while sitting on a bed of this plant. It is the rarest grass in Tibet and hard to find, so we often have to look from valley to valley when we need it. However in Lumbini the rich kusha grass looks very healthy.
After our breakfast we rushed to get the ticket to the shrine and first went to see the Maya Devi temple, the earliest Buddhist shrine in the world covering the place where the Buddha took his first steps into human realm.
After we received the blessing of visiting the Maya shrine we went to see other Buddhist monasteries of both the lesser and great vehicles. There is a river that marks the border between the Hinayana and Mahayana Buddhist monasteries.
We had a great opportunity to receive blessings from monks of different Buddhist schools from all over the world, both Hinayana and Mahayana, in the same place. Also we could clearly see the different styles of architecture and decoration between Buddhist monasteries from different countries. If one wishes to see Buddhist monasteries from both Hinayana and Mahayana traditions in same place, I would recommend going to Lumbini. It is the historic birthplace of Buddhism and rich in Buddhist symbols of all Buddhist schools from the different Buddhist countries. 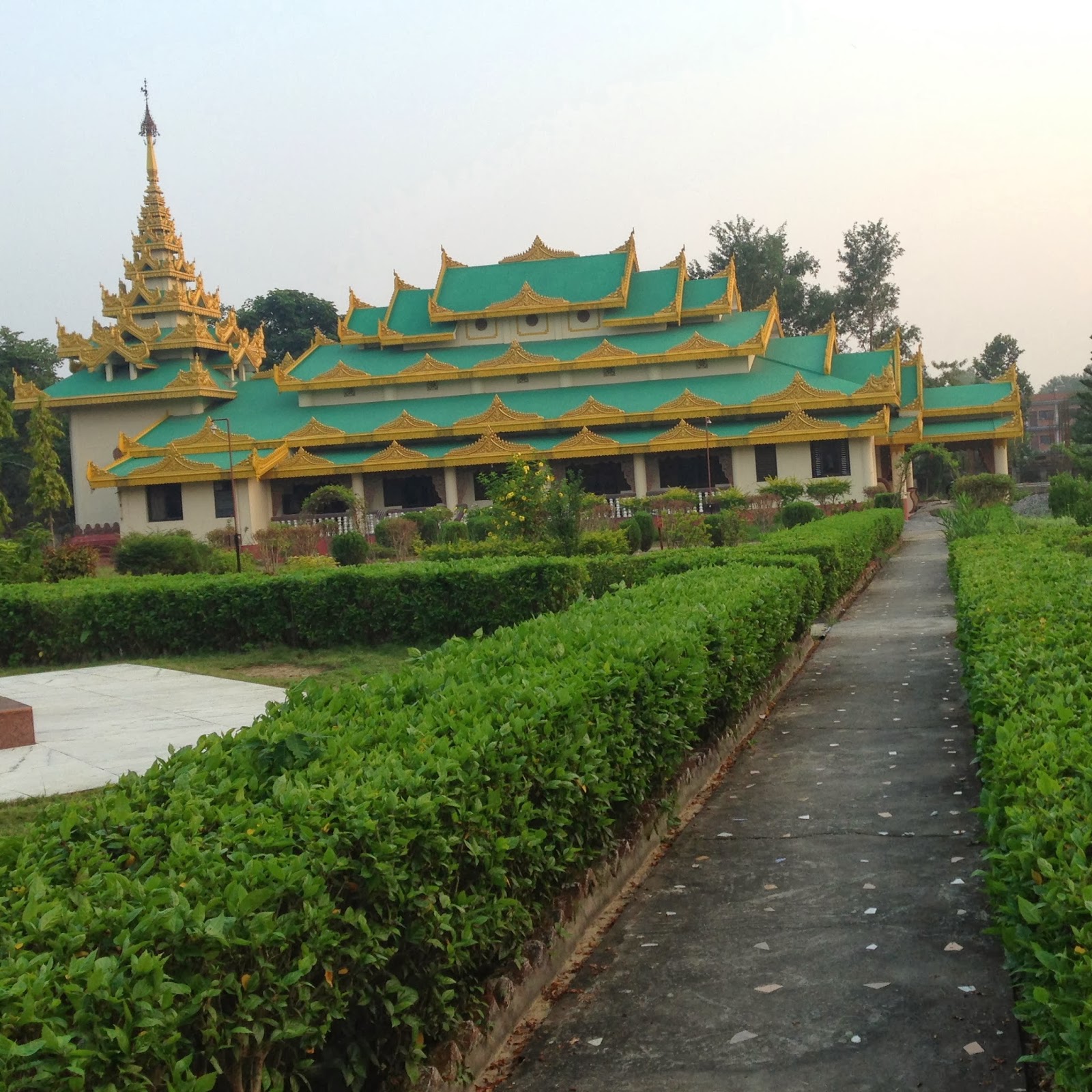 My First Year at RYI