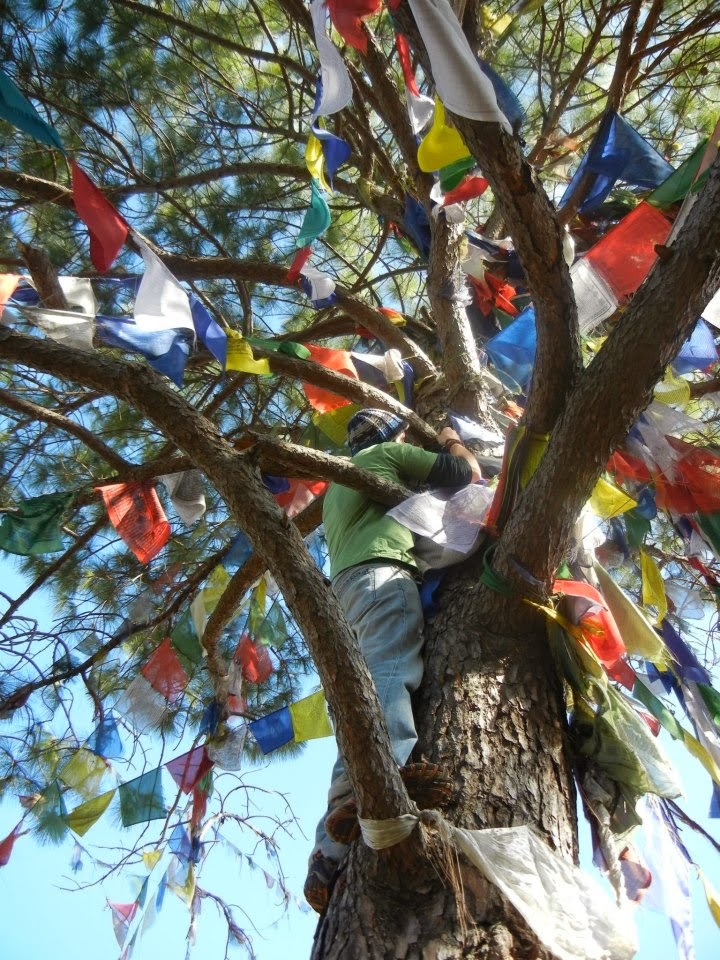 My new path started at the end of he monsoon season of 2012, when I first entered the class in the monastery, grabbed myself a cushion, and tried to understand how I am supposed to cross my legs, and to make them stay crossed, for the next hour and a half. When the Lopon (a term which I had no idea at that time what it meant) entered the class, I stood up like everyone – but unlike everyone else, I stayed frozen in my place, amazed by what’s going on around me. Amazed by this new world into which I stepped.

When I first landed here my Tibetan vocabulary (or what I thought was Tibetan) was limited to two words: “dalai” and “lama”, and honestly, even the meaning of those two I didn’t quite understand (it turns out they are Mongolian loan-words), and the only connection I had to the dharma was a picture of me next to a stupa from a trip I once made to India.
But still there was something that drew me to come here, to Nepal, to study Tibetan and to try to figure out what the Buddha taught.

This unique experience in Boudha that I found myself within is not always simple and easy to digest. The smells of the burning piles of garbage are sometimes mixed with the sweet melody of chants and the fast turning motorbikes’ wheels are at times distracting from the turning malas. And even still, though a lot can be said about the un-pleasant sides of living in our beloved Boudha, an unmatchable list can be written on the benefits this place holds within. Those benefits, sometimes evident and sometimes hidden, are the reason there’s a remarkable group of truth-seekers from all over the world (whether they are Shedra students or not) that are going vigorously in the streets on their way to class, to a teaching, to the closest restaurant or to a football match. The interest in the dharma has created border-crossing friendships and genuine companions that are the so-important support we all need on our path.

Though its been “a month or two” since I got here, the special atmosphere in the air has not faded. The sight of streets crowded with monks became familiar, but are still able to amaze me, and the devotion people have doesn’t seem obvious, but keep inspiring nonetheless.
Now, after three semesters of studying at the white gompa, I still can’t say that I grasped completely the meaning of ‘not-grasping’, but I definitely feel that the seed for my understanding has been planted. Those white mountains are still high, but at least I’m on the road leading there.