The spring from where the nectar of Bodhichitta flows

During a short holiday from our studies in Ranjung Yeshe Insitute, I decided to go to a sacred place of Guru Padmasambhava here in Nepal. I have heard about this place from different masters, but never had the opportunity to go.
Tibetans call this sacred spot Chumig Jangchub, ‘The spring of Bodhichitta. In the “Prayer which removes all obstacles from the path”, a terma revealed by Orgyen Chokgyur Dechen Lingpa, this place is described in the following way:

“When binding under oath the protector who abides by his vows,
In that immaculate, ravishing, supreme place of power,
On the very border of India and Tibet,
You bestowed your blessing as soon as you came.
On that mountain, fragrant with sweet scented air,
Even in winter lotus flowers blossom,
And a spring with the nectar of Bodhichitta flows…” 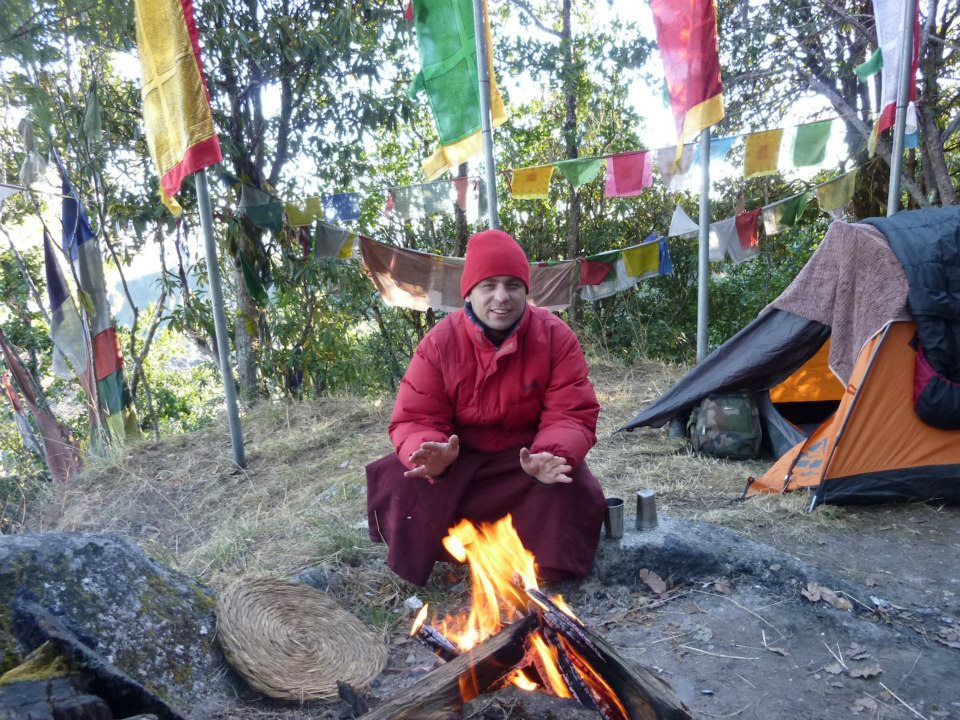 Bringing this prayer with me, I went to this place together with a spiritual brother. Arriving there, I heard that there was a yogi that lived in this place since many years. I asked if I could see him, and it was said that in the following morning he would receive us. The next morning, we went to see him entering in a small shrine said to have been built by himself. There, there was an old lama sitting in a cushion right on the floor. He pointed the place in front of him for us to join him. As we set, I said we came from Kathmandu for the holiday of the Tibetan New Year. I was curious what practice lineage this yogi came from. So I asked him: who is your spiritual teacher?

The yogi remained in silence for a bit making us feel that there was something very profound in that question. After that, he just pointed to some photos of some lamas that were in his shrine – Kyabje Dudjom Rinpoche, Kyabje Dilgo Khyentse Rinpoche and the Tibetan siddha Drubwang Shakya Shri (saying that he was a disciple of the disciple of Shakya Shri). He did not mention their names from his mouth.

Then I asked him where is he from and for how long he has been in retreat in that place.

He replied: I was born in Bhutan. Now I am 84 years old and it has been 46 years that I am in retreat at this place. Then he asked us what we do in Kathmandu.

We said, “We study Dharma and Tibetan language in a shedra or Buddhist University.”

At that moment, for some reason, I felt I was actually in front of Guru Rinpoche himself, receiving a key point instruction that I would carry deeply in my heart for all my life. I felt in my heart that that yogi was carrying within his mind the blessings that come directly from Guru Rinpoche. Maybe the real Guru Rinpoche is not a ordinary historical human but that state of realization that can be transmitted and felt within each one of us if we practice Dharma with a pure motivation free from selfish and self-centered concerns. I felt that if I want to know who really Guru Rinpoche is I would not find him in that outer sacred place or in the texts, but only within myself by following and putting into application the pith instructions of such realized yogis.
There is nothing more important than this I thought.

Chumig Jangchub – the spring nectar of Bodhichitta seem to be still flowing. 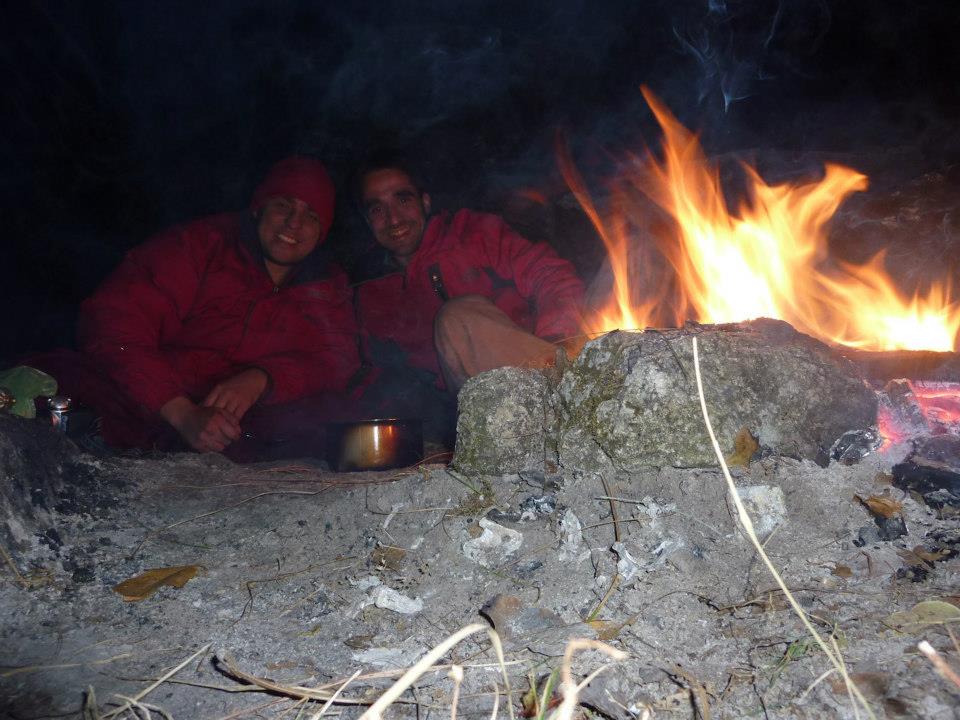 One Traditional Way of Memorizing